GROWTH CHART of a student's handwriting

This series of handwriting-samples appears with the gracious permission of its author, technical writer and poet Keith Deshaies.
The samples show this student's progress during three months, working entirely by himself with suggestions and materials-recommendations provided by me "long-distance" (via e-mail and phone.) Note that samples for some dates show Keith experimenting with more than one writing-tool and/or writing technique. I encourage students to try various techniques and tools in order to see for themselves what works best for them. When I say tools it could be a simple as finding the right pen or pencil. 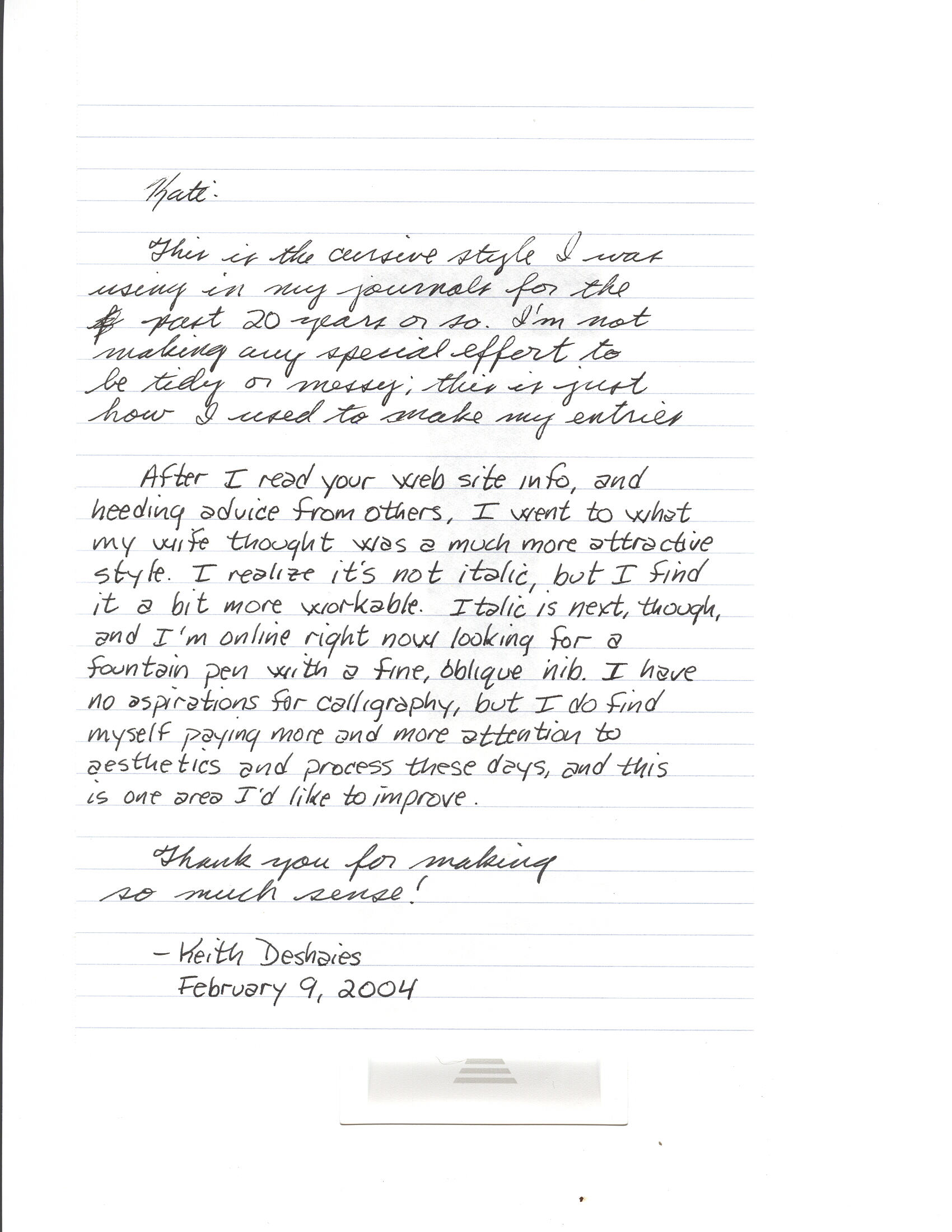 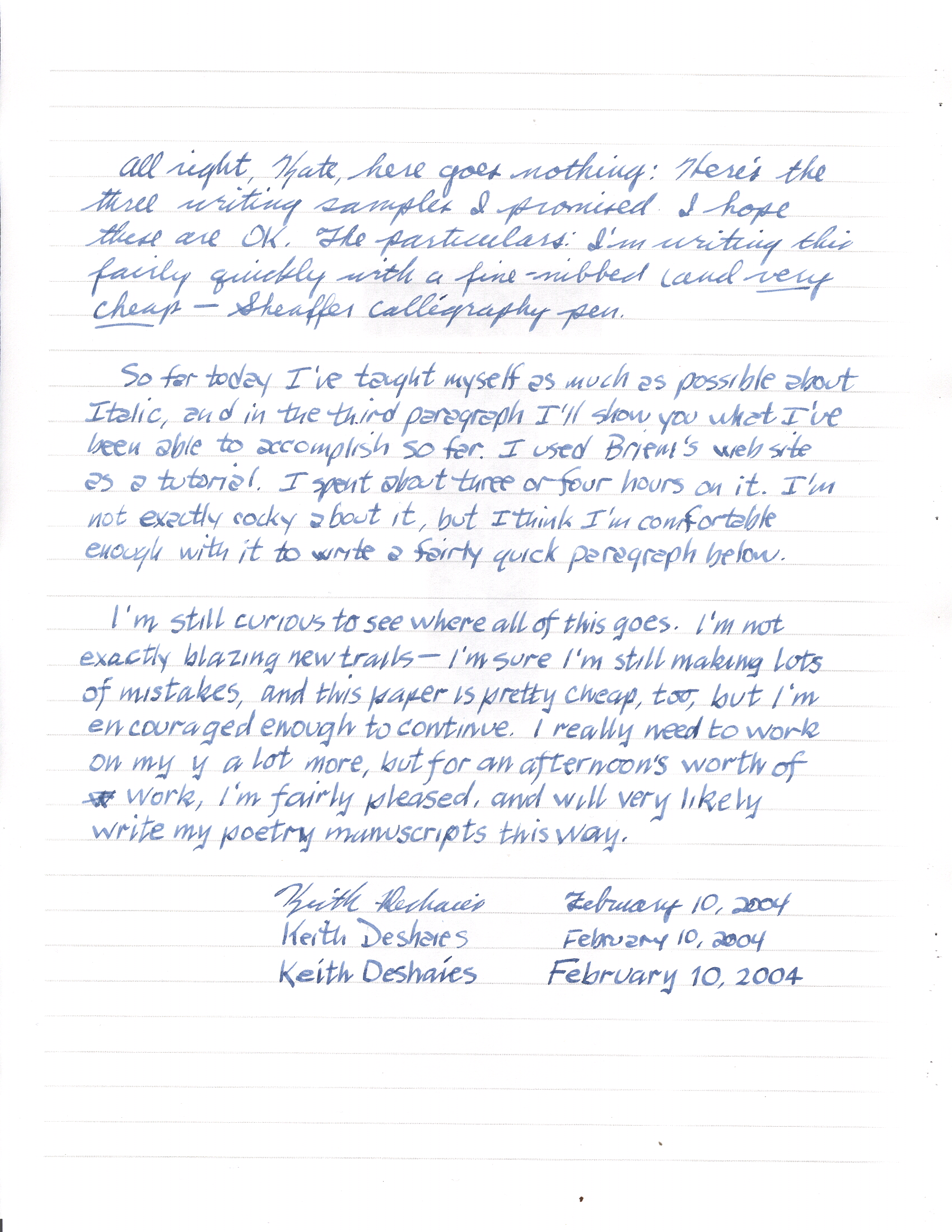 February 11, 2004
(copying an essay for practice: I encourage my students to find and copy material that appeals to them) - 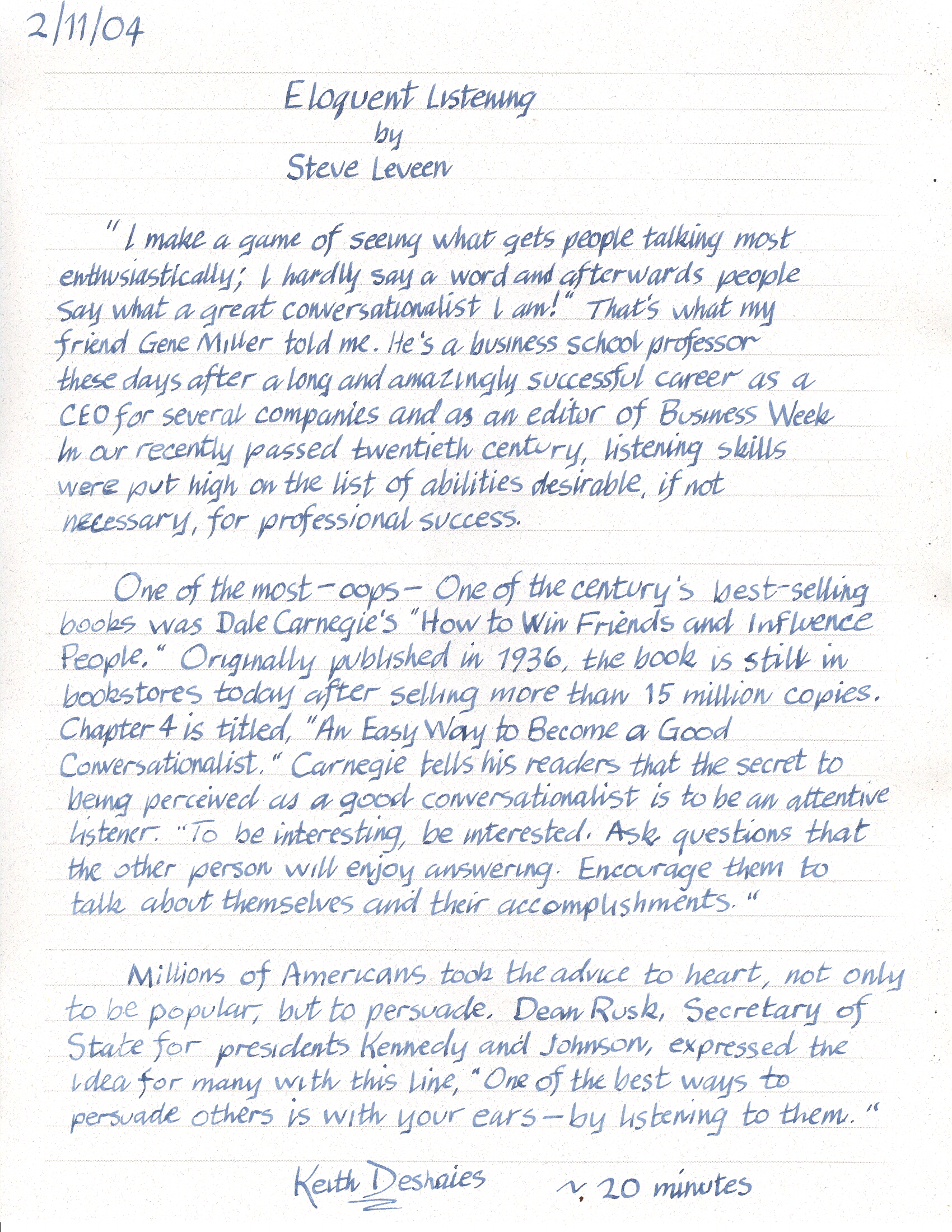 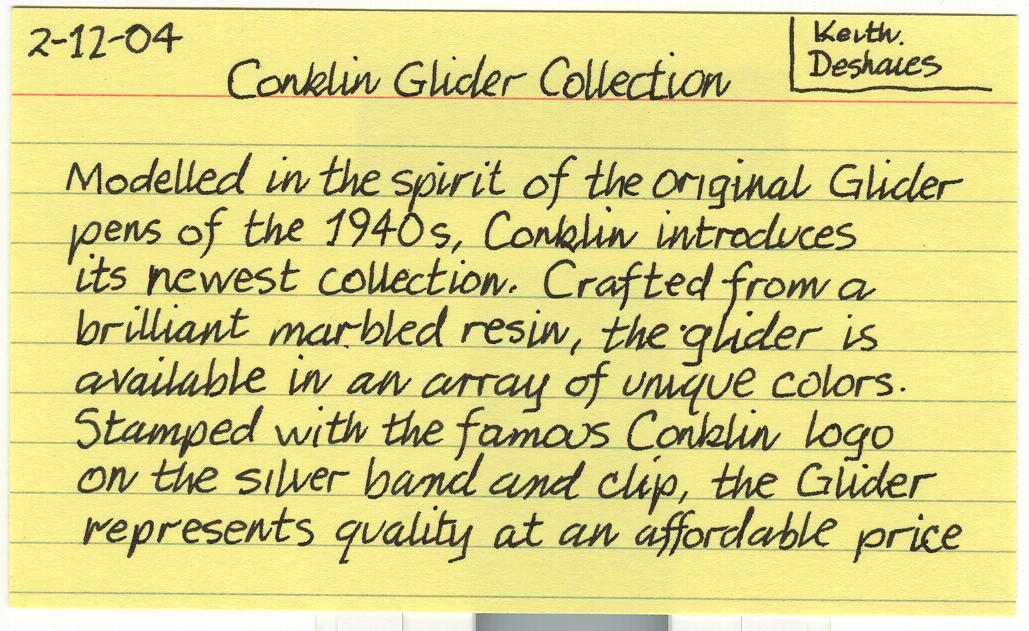 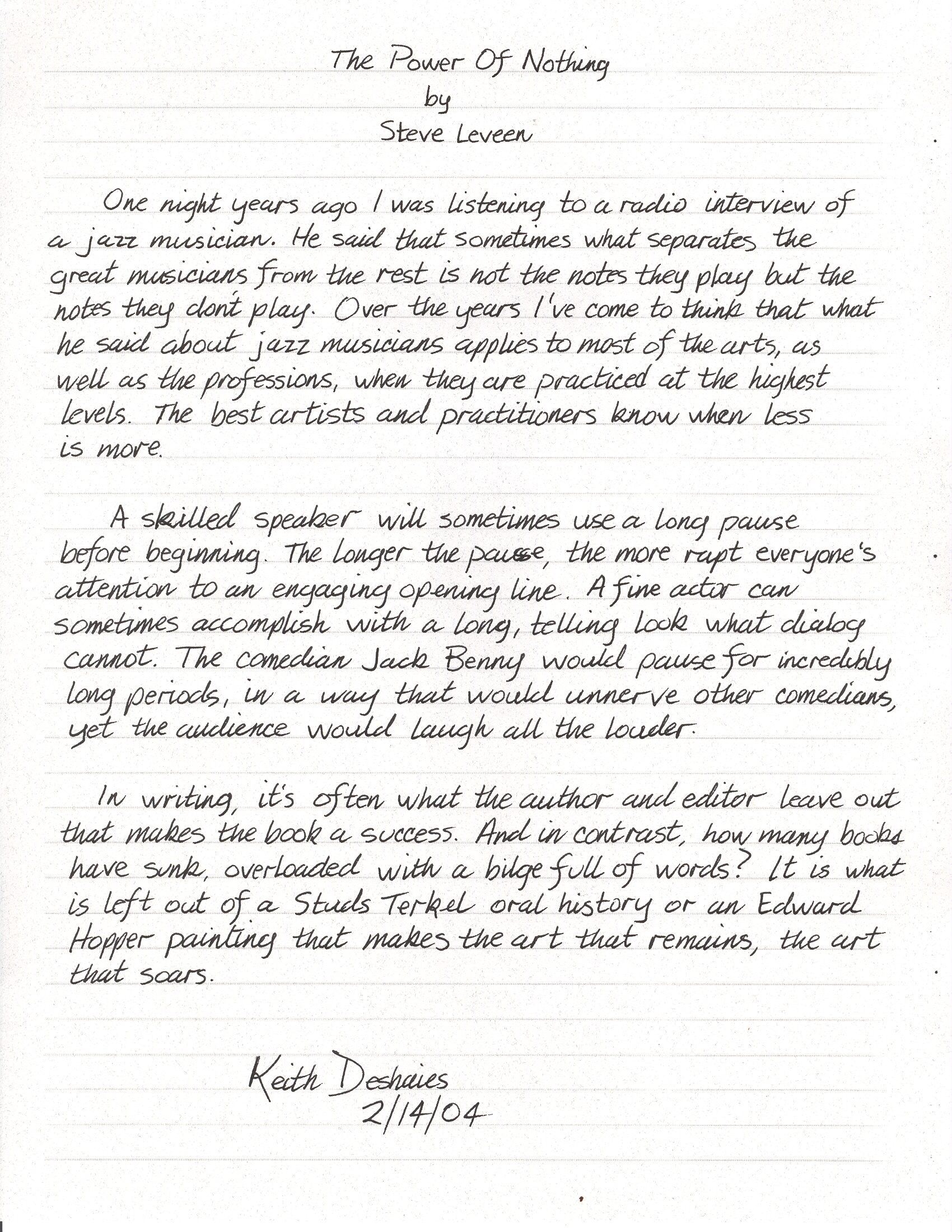 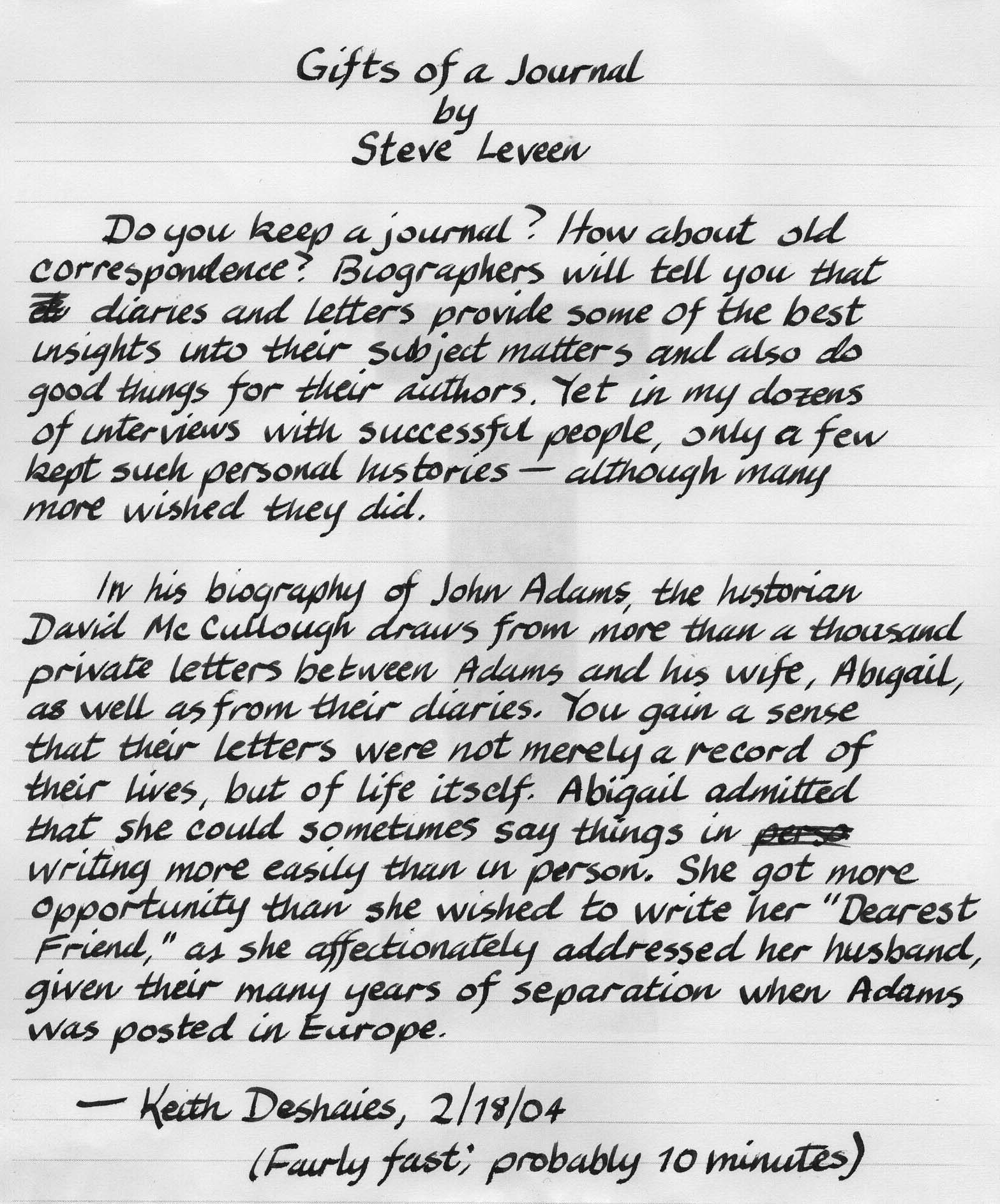 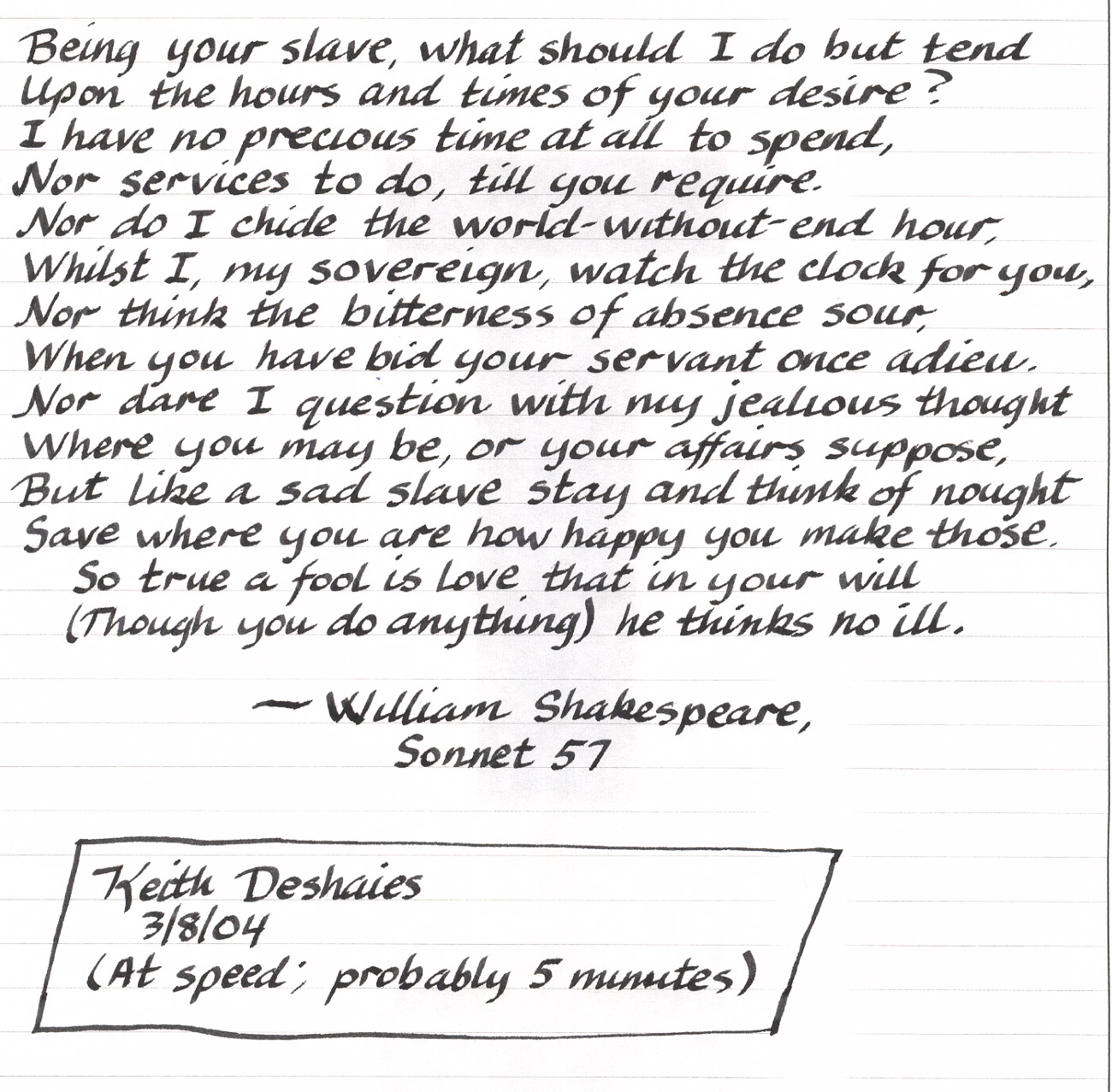 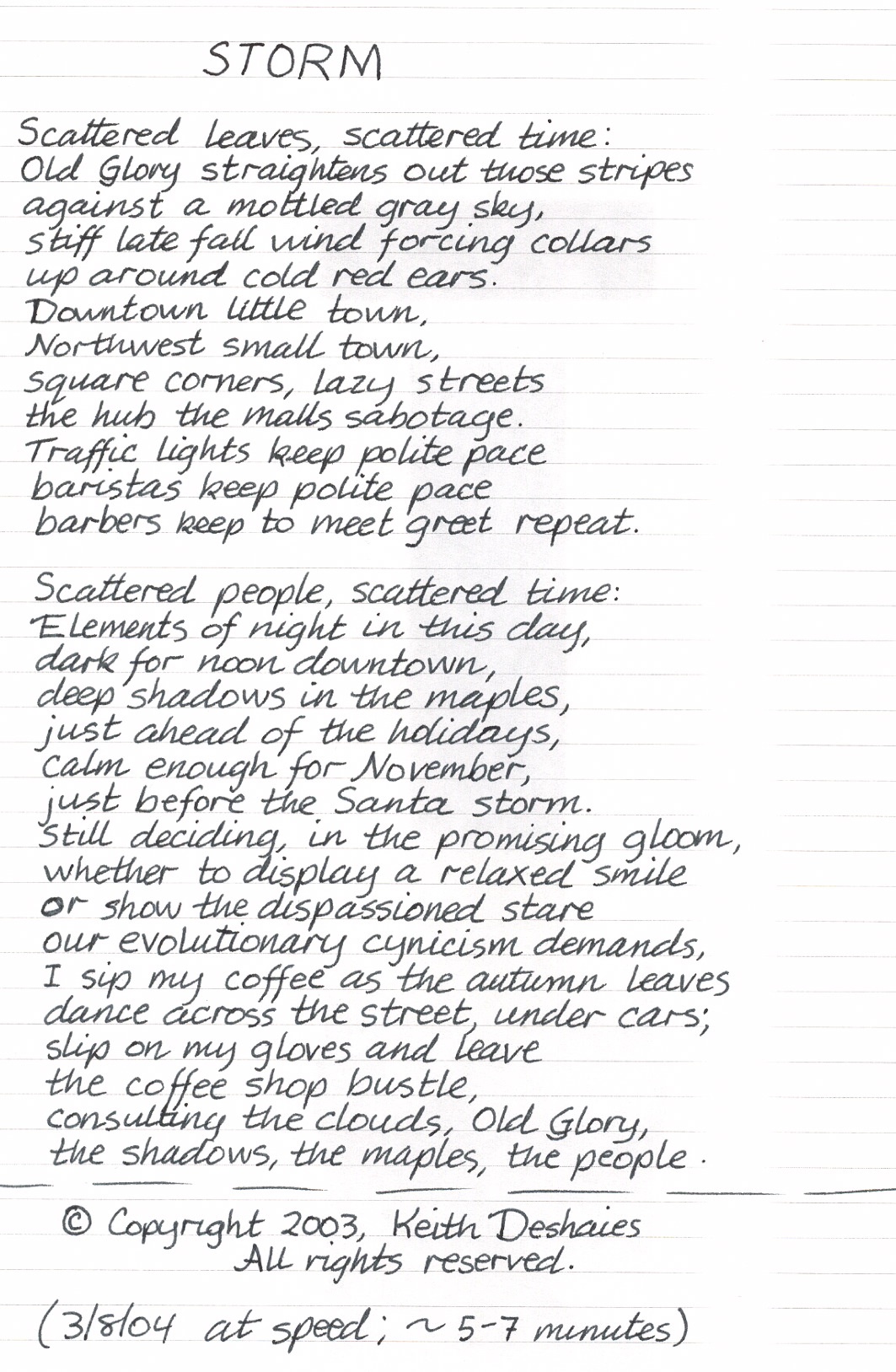 April 6, 2004
(using various fountain pens to copy the back-cover text of a handwriting book I had recommended to him) - 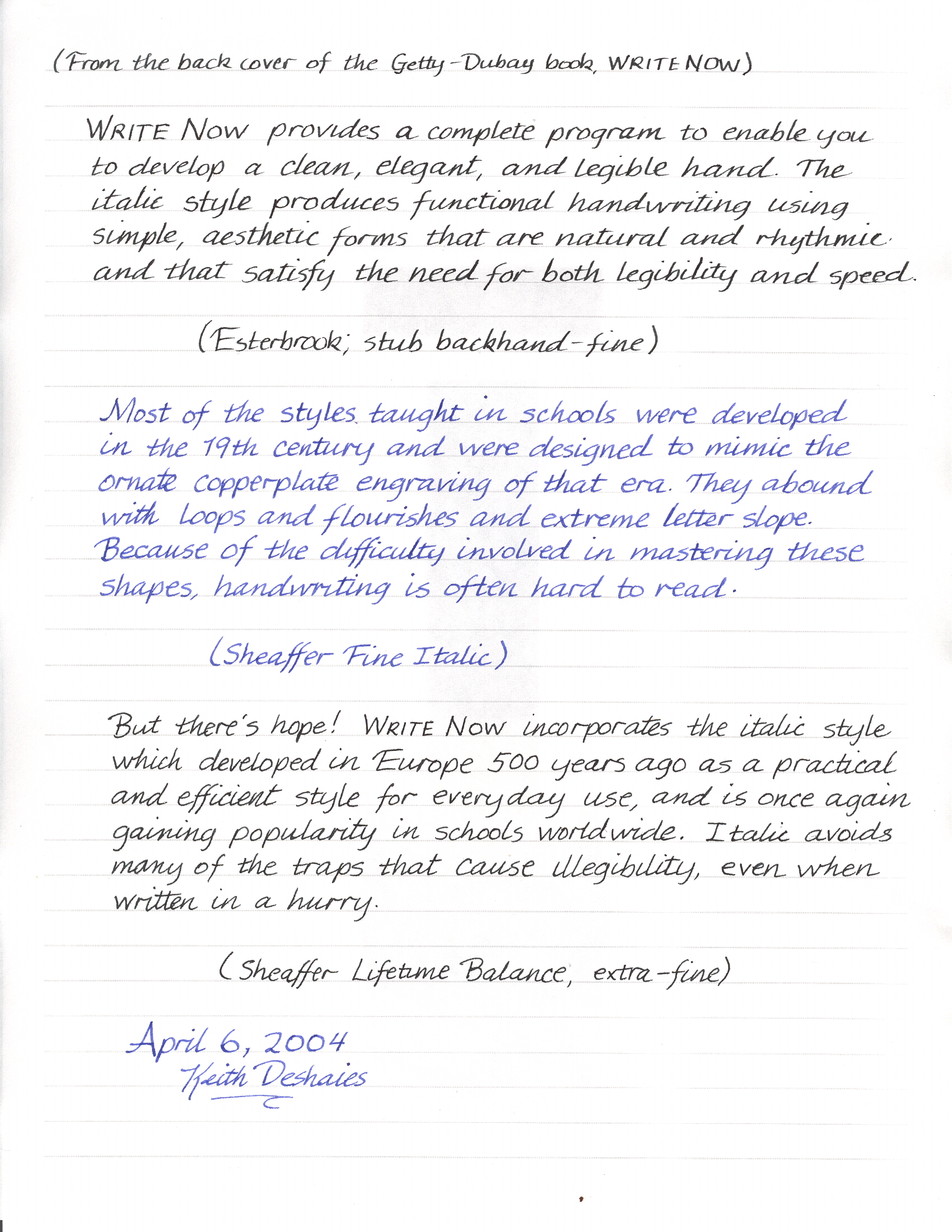 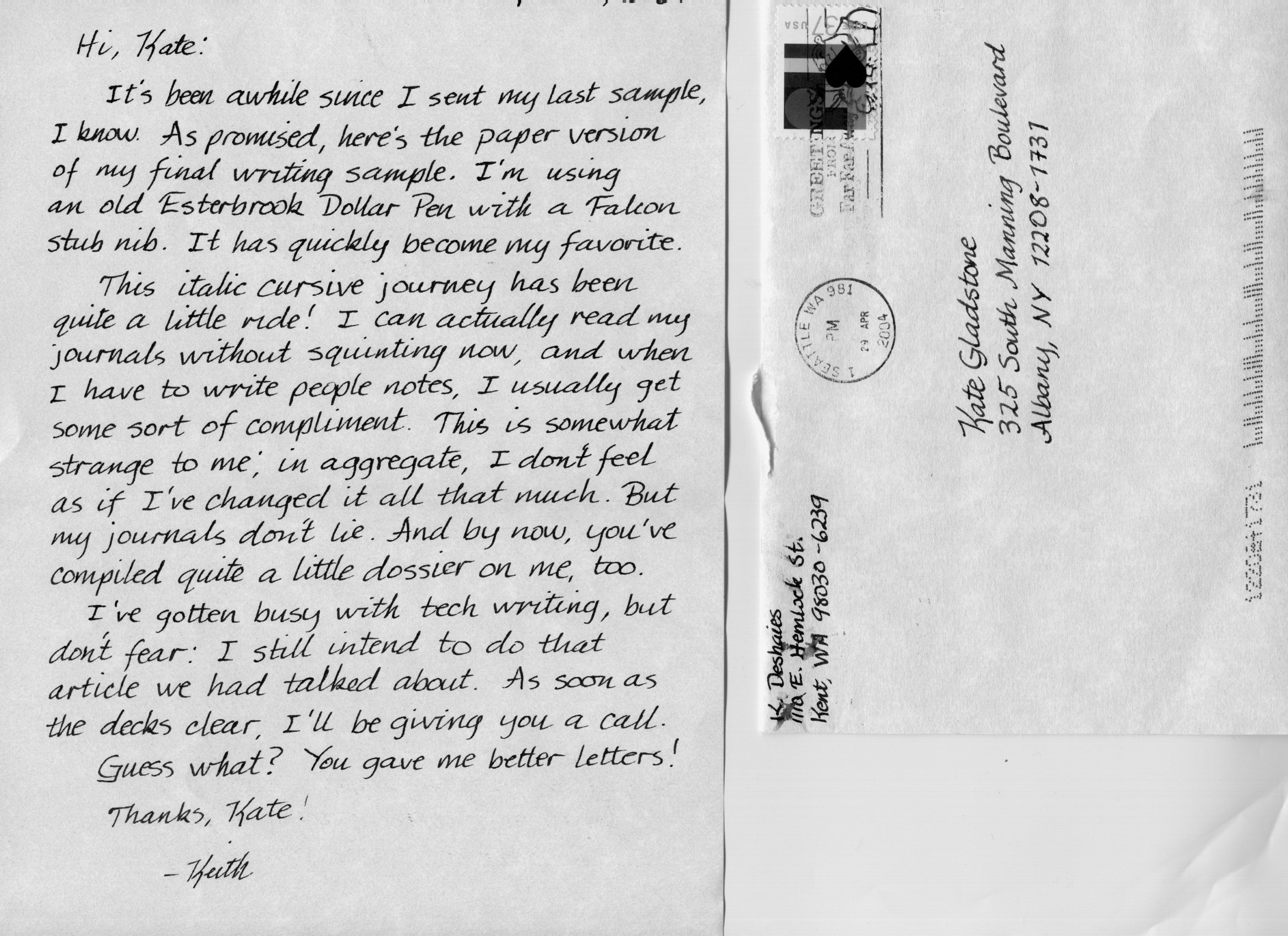